Representatives from private industry and the US federal government has already made a discreet presentation to college students in Austin Texas this spring where the concept of a series of “National Identity Management Centers” aka “The Center For Identity” was introduced to students.

I have wondered WHY this presentation was made on a college campus to college students, most of whom are gullible and many are still innocent to the beguiling tactics of surreptitiously introduced socialism and mass population surveillance programs by the federal government. Restated: most college kids do not understand what “social engineering” means, or “mass indoctrination by media gradualism.”

Until just recently if you were to try to explain these mind control methods to college kids they would hop on their skateboards and laugh it off. But that en mass naivete is now changing. “The Center For Identity” on the University of Texas at Austin has already been planned and now has a web presence.

A close friend, college aged, and a student in Austin, who attended this presentation told me later the entire ambiance of the material was creepy, hard to understand and altogether very ambiguous. 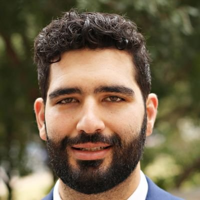